The new year has begun and the old year has left.

If you are anything like me then you make plans and goals around the end of December. Goals to help get healthier, stronger, and hopefully just in a better place than where we are right now. And if we continue to go down this path, and again…if you are anything like me…then by March (on a good year) you have succumbed to those “resolutions” and returned to what once was.

I’ve made goals of losing weight simply to see the weight lost then gained back (a couple of times they have brought a few extra pound-friends with them). I have also made goals of working out more (or actually STARTING to work out) only to begin really strong but then end as quickly as a bottle rocket. Lots of gusto and hope to begin…but ending quickly and without much fanfare.

The only real “resolution” that has ever been somewhat successful has been “eating healthier” – and the success of that has been because the “er” at the end simply meaning that each day is a new day and that you try to BE healthier than you were. Which got me thinking……..

This year will BE different. This year I make no large lofty goals that seem attainable but really are unlikely. I make no promises except this one: to BE better.

BE better at being a husband.

BE better at being a father.

BE better at being a friend.

BE better at being a son.

BE better at being a brother.

BE better at being a Pastor.

BE better at being a Spiritual Guide.

BE better at leading.

BE better at showing love.

BE better at receiving love.

BE a better communicator

BE better at listening

BE better at hearing

BE better at receiving criticism.

BE better at encouraging.

BE better at giving praise.

BE better at receiving praise.

BE better at praying.

BE better at spending time in the Word.

I will simply BE better.

Oh…and one more promise: I will do all with the understanding of WHOSE I am and not WHO I am.

I CANNOT be a better husband unless I realize and remember what love, sacrifice, and commitment looks like. Until I look at the One who ultimately loved, sacrificed, and committed to me and continually shows me what that looks like.

I CANNOT be a better father until I look at the greatest Father we could have.

I CANNOT be a friend until I see the sacrifice a true friend makes.

I CANNOT be a better son until I come to the Father and realize how much I still need his guidance, his forgiveness, his teaching, and his love.

I CANNOT be a better Pastor unless I realize what this calling and honor means, the weight words can have, and the power of THE Word in my life and congregations life.

Essentially, I CANNOT do anything unless I turn to God first.

My resolution seems lofty…and I’m sure there will be some “bottle rocket” moments – but I will simply try to BE better. For your sake and mine. 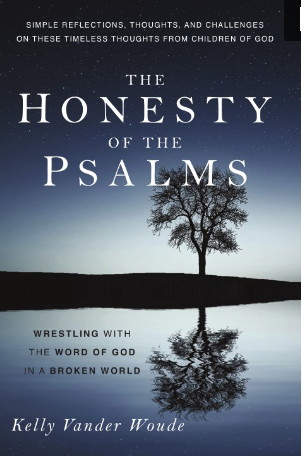 And book #2 is up on Amazon!
Start your New Years resolution off on the right foot!
Still looking for that perfect gift to give? I got you... and it comes with a free gift!
Need a Christmas Gift?...i got a recommendation for ya
OUR BOOK IS LIVE ON AMAZON
Books books books heading out!!!
%d bloggers like this: